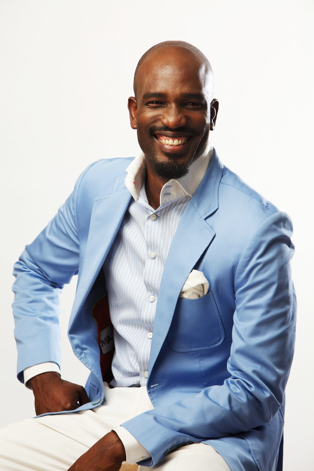 For as long as anybody can remember, African clothing, fashion and style  has always been a source of admiration for fashion stylists the world over. however it is the age of the internet that African fashion has a multimillion dollar enterprise and a draw for international investors looking to tap into the economic value that the uniqueness of African fashion presents. As a result of this increased awareness, young fashion creatives and fashion brands  are making a name for themselves all around the world. One of these fashion creatives is Mai Atafo, and he is going to be among the producers at AmfestExpo2018.

Mai Atafo who was born in Ile-Ife, Osun State of Nigeria, understands the connect between fashion and technology having earned  a master’s degree from the City University UK in Information System and Technology. He has also worked with brands like British American Tobacco and Guinness before leaving to establish Mai Atafo Inspired, a fashion brand where he currently sits on the board as creative director. Mai Atafo Inspired’s clientele consists of  celebrities like Ebuka Obi-Uchendu, Omowunmi Akinnifesi, Banky W, IK Osakioduwa. In recognition of Mai Atafo’s creativity, he has won awards like 2009 City People Fashion and Style, Hottest New Male Designer, 2013 GLITZ, Designer of the year, 2015 Heineken Lagos Fashion and Design Week, Menswear Designer of the Year among other awards and recognitions.

Mai Atafo will bring his expertise to bear at AmfestExpo’18 on the subject of strategies for the African fashion and  style to penetrate & thrive in the global market, how African designers can use innovate strategies to win in the global market as well as possibilities for Africans as creative directors to the major brands.